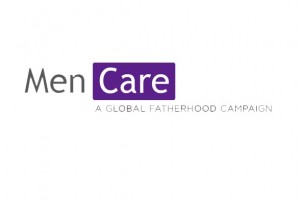 Paternity that is engaged and responsive to the needs of the child makes life better not only for children and women, but for men themselves

In September 2014, a coalition of 10 NGOs started a campaign To Be a Father. The goal of the coalition is to focus public attention on the importance of the father’s role in full development of the child.

To Be a Father is part of the international MenCare – A Global Fatherhood Campaign, happening in over 20 countries in 5 continents. MenCare aims to support men in their role as caring, fair, responsible and non-aggressive parents and guardians in order to provide full development of the children. In Bulgaria the campaign is supported by the Oak Foundation.

In the framework of A Global Fatherhood Campaign, Animus Association Foundation will conduct a series of trainings for kindergarten teachers and social workers aiming to build their sensitivity towards the role of men and develop good practices for the active involvement of men in children’s lives.

The significance of men for the full development of children is essential. There are about 3, 5 billion men and each one of them differs from the rest – there are tall and short, rich and poor men…

But there is one thing that unites a huge part of them: 4 out of 5 men are fathers. Even if he is not a biological father, almost every man in the world is related to a child in the role of a stepfather, brother, uncle, grandfather, teacher, guardian, coach or just friend.

The first studies of fatherhood in Bulgaria show that in most cases, because of expectations to provide the money at home, there are still many men in Bulgaria that remain outside of child care in the family[1].

In order to support fathers, all partners in To Be a Father Campaign initiated the filming of the first professional video in support of fatherhood in Bulgaria. The video shows moments from the life of fathers and their children in an intriguing and emotional way and encourages us to think about the importance of their relationship.